Born in 1902, Jean-Boris Lacroix starts his career by integrating Paul Dumas’s workshop at the age of 18. The young designer then completes his training as the artistic director at the haute-couture Vionnet house, from 1924 to 1937. At the time, Jean-Boris Lacroix gets acquainted with J.M Frank, Pierre Chareau and Jean Dunand. He designs also his own furniture, combining glass and metal, that he exposes at the Fair of Artists decorators of 1927. Among his many creations, it is the lamp which the greatest interest of the mass audience.

Jean-Boris Lacroix is a forerunner not only for the modernism of his creations in the  but also through the use of acrylic with which he recovers his lamps. The strictly geometrical shapes, rigorous lines, right-angles, sleek surfaces which characterize his style contributed to his success. Jean-Boris Lacroix died in 1984. 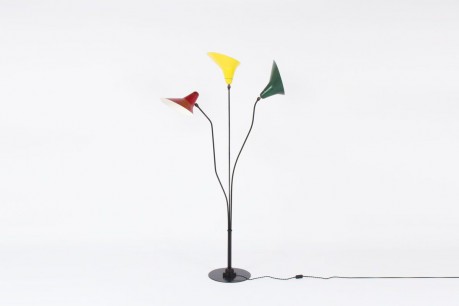